Blog - Latest News
You are here: Home1 / The Systematic Abuse of Britney Spears: 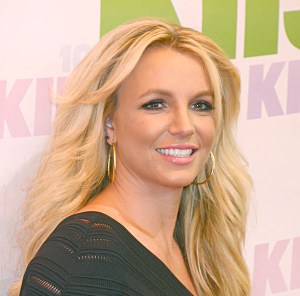 Conservatorships can protect people who are elderly, or who live with severe disabilities or debilitating mental illness. But The New Yorker points out that there is also a wide range of alternatives to conservatorship that are less strict than what Spears has experienced, such as conditional powers of attorney or formal shared control of finances.

By outward appearance, since the establishment of Spears’s conservatorship, the pop star’s career has never been better. According to the article, she has released four albums, headlined a global tour that grossed a hundred and thirty-one million dollars, and performed for four years in a hit Las Vegas residency. Yet during this time her conservators have controlled all her spending, communications, and personal decisions, and most of her family members (including both her parents) receive an annual salary from the pop star as part of the conservatorship.

This past April, Spears requested a hearing, in open court, to discuss the terms of her conservatorship arrangement. Before the hearing, members of Spears’s team, most of whom have had little or no direct contact with her for years (despite being on her payroll), didn’t expect drastic changes to result. On June 23rd that sentiment quickly changed as she began her searing testimony.

For twenty-three minutes over the phone, Spears described in shocking detail how she had been “isolated, medicated, financially exploited, and emotionally abused.” She blamed the California legal system, which she said let it all happen. She added that she had tried to complain to the court before but had been ignored, which made her “feel like I was dead,” she said—“like I didn’t matter.” She wanted to share her story publicly, she said, “instead of it being a hush-hush secret to benefit all of them.” She added, “It concerns me I’ve been told I’m not allowed to expose the people who did this to me.” At one point, she told the court, “All I want is to own my money, for this to end, and for my boyfriend to drive me in his fucking car.”

Spears slammed her management in court, alleging to the Los Angeles judge that they “played a huge role in punishing me” alongside her father Jamie Spears and “anyone involved in this conservatorship.” “They should be in jail,” she concluded.

In the emotional testimony, Spears said she’d wanted to express her concerns for a long time but had been afraid to do so in public. “I thought people would make fun of me,” she said. “Or laugh at me and say, ‘She’s lying. She’s got everything. She’s Britney Spears.’”

Not long after the hearing, Britney Spears’s long-time manager Larry Rudolph resigned, saying the singer wanted to “officially retire.” Rudolph has managed the singer’s career since the mid-1990’s when she shot to stardom as one of the biggest pop star icons of all time. In a statement Rudolph claimed that he had “never been a part of [Spears’s] conservatorship nor its operations.” Just yesterday, Spears’s court-appointed attorney also submitted a petition to resign.

“The question of control has surrounded Britney Spears from the start of her career. How much was she being manipulated by the powerful men who stood to profit from her image?” wrote The New Yorker. Since the hearing, a new question has emerged: How much have certain people (including her own family members) and the legal system at large allowed her to be controlled?

I cannot help but draw comparisons between Spears’s dramatic plight and that of my grandmother’s, Beverley Schottenstein. My cousin Evan seized control of my grandmother’s multi-million-dollar estate beginning in 2006 and held onto it for 13 years. Spears has been under a conservatorship initiated by her family for the past 13 years. My grandmother lost all her financial power after entrusting her account to her grandsons and “financial advisors” Evan and Avi Schottenstein while they worked as brokers at J.P. Morgan. Spears lost control of her multi-million-dollar estate after her father Jamie Spears initiated and was put in charge of her conservatorship. J.P. Morgan knew something was amiss in Evan’s handling of my grandmother’s account, made millions of dollars in commissions from illegal trades, and did nothing. Powerful individuals managed and profited off Britney Spears’s career without Spears’s desire or consent.

When my grandmother chose to pursue legal recourse at age 93 against her grandsons and their former employer J.P. Morgan, she was forced to endure years of legal wrangling and excruciating court testimony—still far from over thanks to my relentless cousins and certain opportunistic lawyers. Spears’s legal journey is far from over, as she still needs to file a formal motion to end her conservatorship before a new court date set for mid-July. During my grandmother’s trial, my cousins falsely asserted she may be suffering from dementia and simply “forgot” that she wanted them to perform illegal activities. Spears’s conservatorship was largely established because a judge ruled she was not mentally fit to handle her own affairs. FINRA ruled that my grandmother was a victim of elder abuse by J.P Morgan and her grandson Evan. Spears alleges she is a victim of conservatorship abuse. FINRA attempted to keep my grandmother’s court case private. Spears’s conservatorship hearings have been kept under seal for years.

But perhaps the most striking similarity of all: Beverley Schottenstein and Britney Spears both chose to go public with their ordeals. Beverley and Britney’s courage and desire to not stay silent in the face of abuse and disempowerment is an important facet in these two high-profile cases. Their strength in coming forward shines a bright light for thousands of others being exploited around the world, triggering a wider conversation about power and a female’s right for justice.