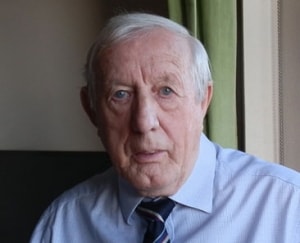 It is apparently industry standard that the author of a book writes a little about him/her self, so I wont break with that tradition.

I was born in South Woodham Ferrers, in the county of Essex, in 1936. In those days most of the hinterland of the village was given over to farming, and my first job was as a tractor driver. To this day I still maintain that it is one of the best jobs in the world. There is just you and the smell of newly turned earth and the seagulls following the plough. At the end of the day you can look back and see exactly what you have done and the changes that you have wrought to the landscape .

At the age of 15, I joined the Royal Air Force as a Boy Entrant and trained as a Telegraphist. I continued with the Royal Air Force for a further 25 years. During that time I have served, sometimes for minuscule periods but in others for much longer, in various countries, such as the Maldives, Seychelles, Tanzania, Zambia, Congo, Egypt, Libya, Cyprus, Malta, Iraq, Greece,British Honduras, Caribbean, Holland, Germany and of course England and Northern Ireland.

After leaving the RAF I worked in Holland, for a time, before returning to the United Kingdom to work as a Permanent Staff member of the Army Cadet Force. Off duty I did some voluntary work as a Special Roadside Verge Representative for the Essex Wildlife Trust. For explanation, some of the rarer plant species in the United Kingdom have almost retreated to a point where they can
only colonise roadside verges. These colonies have to be identified and a tailored regime has to be implemented to sustain them. I was also a voluntary member of three committees concerning the elderly at the London headquarters of the establishments concerned. I also founded and chaired a national organisation for the elderly in Sheltered Housing.This was given recognition as a charity by the Charity Commission, and it has obtained Lottery funding.

I now live in the town of Maldon in the county of Essex, UK, and with time to fill I have turned my hand to writing which I hope that you will enjoy. Recently published on Amazon UK, Dark Matter Transit has received five star reviews by each of its reviewers.

And, yes, you can buy it safely for your teenager children as well as reading it yourself.

The QvO is a leviathan space ship which is lurking hull down behind the moon. Its’ crew are quietly recording Earth’s public broadcasting channels and gathering samples of flora and fauna through specialist equipment which is located at the rim of the moon.

Through a combined accident of nature and technology a lone Earth man is transported; from the Earth’s surface to the QvO. There is no way that his journey can be reversed and the Earth man joins the crew of the alien space ship.

During the voyage he becomes embroiled in many space adventures and wars. The QvO, he comes to understand, employs a novel system of travel in the cosmos which is, by description, called Dark Matter Transit (DMT), which consigns worm hole and warp drive theory beloved of Sci-Fi writers, to the waste bin of history.

The story is about reality and the lives of people leading exciting lives and challenges of deep space. People have described the book as ‘believable Science Fiction and others had said that it is a book that you cannot put down. 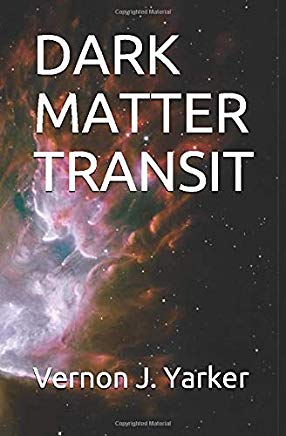