Brolen, aka Lucky Leny Brown is a musician and poet residing in Woodstock, NY. In the 60’s psychedelic experiences ‘legal at the time’ revealed some basic truths about life. Leny stayed in Europe for 25 years looking for a better way of life.

Returning to Woodstock he found his poetic voice and wrote most of the poems in this book in a short span
of time.

About Poems From Woodstock:

Everything is interconnected; always was; always will be.

Mr Brown’s poems span all the genres of his own life. From being a driver of a food truck turned ambulance at the ’69 Woodstock concert, to his musings on the current political climate. His rhetoric is brutally honest and pulls no punches, while at the same time his soft touch can melt the heart. 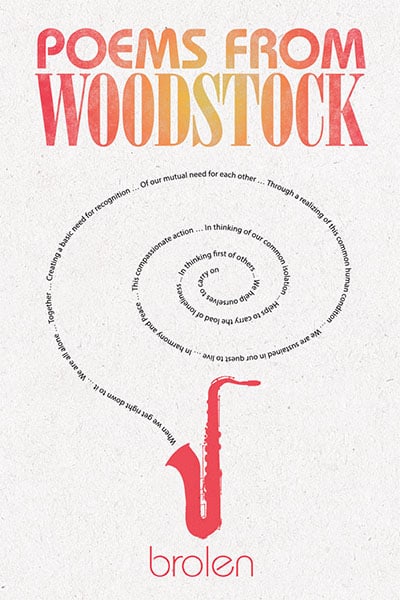