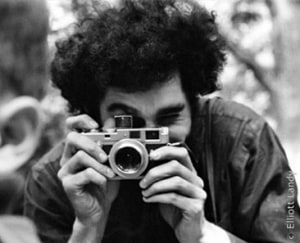 Elliott Landy, born in 1942, began photographing the anti-Vietnam war movement and the underground music culture in NYC in 1967.

He photographed many of the underground rock and roll superstars, both backstage and onstage, from 1967 to 1969.

His images of Bob Dylan, The Band, Janis Joplin, Jimi Hendrix, Jim Morrison, Joan Baez, Van Morrison, and many others documented the music scene during that classic period which culminated with the 1969 Woodstock Festival, of which he was the official photographer.

After that, Elliott moved on to other inspirations and art forms, photographing his own children & travels, creating impressionist flower photographs and doing motion & kaleidoscopic photography in both still and film formats.

Photos by the famous photographer of ‘The Band’ from the period between 1968-1969. This edition includes a bonus three page foldout sheet showing the thumbnails and captions for all the photos in the book. It is designed to be inserted into the back of the book and folded out as a reference while reading.

About Woodstock Visions: The Spirit Of A Generation:

Included are nearly 300 of Elliott’s classic photographs that helped define the Woodstock Era with intimate images of some of the greatest music legends of the Sixties at home and in concert. This new edition features a new 90-page Woodstock Festival section which captures and preserves the true vision and spirituality of the Festival and the time. 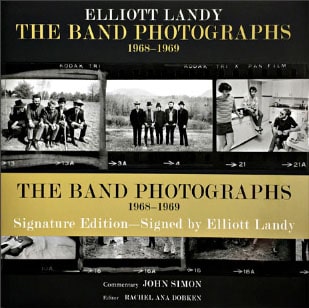 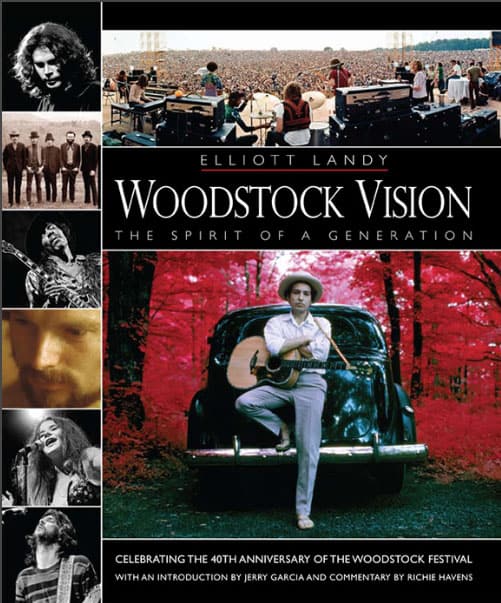