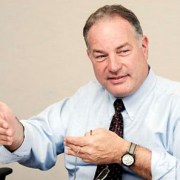 Any public relations person worth their salt will advise their clients to get way ahead of any bad news on the horizon by managing and controlling the release of the harmful information whenever possible—attempting to put the best spin possible on the bad news. Thus, explains a leak to the New York Times, a week or so ago, by DOJ sources, regarding government informants and/or spies inserted into the Trump presidential campaign.

Analogous to this is Deputy Attorney General Rod Rosenstein [at present, the most conflicted attorney in the world] hijacking of the overdue Inspector General’s report of the DOJ’s handling of the Hillary Clinton espionage and email scandal. Rosenstein is trying to soften and purge the report of evidence and conclusions that may well incriminate him and other higherups at the DOJ. END_OF_DOCUMENT_TOKEN_TO_BE_REPLACED

The past several blogs, in keeping with the traditional format of this website’s blog, have dealt with exposing injustice at the hands of the government while carrying out investigations and attempted prosecutions. This blog continues in that vein.

This blog sharply criticized Special Counsel Robert Mueller and Deputy Attorney General Rod Rosenstein. Mueller was assigned to investigate the Trump 2016 Presidential campaign related to possible Russian collusion, along with any potential obstruction of justice that is associated with the DOJ’s investigation of the matter. Mueller is a surrogate of Deputy Attorney General Rod Rosenstein, who is the power behind the throne at the DOJ, dominating the action there since the recusal and feeble legal capabilities of Attorney General Jeff Sessions have relegated him as irrelevant.

Federal Judge T.S. Ellis III, in the case that Mueller brought against Paul Manafort, excoriated Mueller’s prosecution team and characterized the Special Counsel’s office as lying to seek unfettered power, amongst other harsh criticisms—many of which this blog had forewarned about. Manafort was briefly hired by the Trump campaign to help retain delegates during the primary and nomination segments of the Presidential campaign.
END_OF_DOCUMENT_TOKEN_TO_BE_REPLACED