You are here: Home1 / Events

An International Engagement for A Place Called Grace.

The popular Anglo-American Bookstore on Via della Vite in the heart of Rome has invited author Alison Rand, who is returning to revisit Rome from her home base in New York, to do a book reading on Thursday evening May 23rd. Ms. Rand will be reading excerpts from her inspirational new memoir, A Place Called Grace.

In the book she chronicles her almost three years of living in Rome and all the interesting experiences—including with several “beautiful men.” These Roman “hunks” were ultimately not for the long-haul, but made her stay in Italy “as delicious as the remarkable food, wine and landscape.” Her story —why she moved to Rome, what she hoped for, what she found, and why she returned to the U.S., is told with great candor, warmth, and humor. Her moving story will be relatable to many, and touch many hearts.

Alison is also available to give her talk to interested groups. For more information or a review copy, email her publicist Judy Katz at jkatzcreative@gmail.com 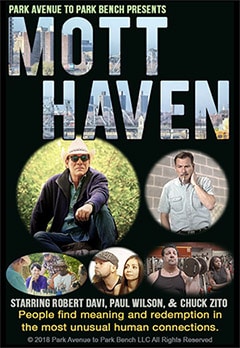 Independent Authors Forum member, Michael Domino’s feature length film Mott Haven will be released this year. The film stars Robert Davi as Radio Man, and chronicles the relationship between a beleaguered South Bronx businessman named Michael Roman and Hal Stewart, a one time radio mogul who has fallen on hard times and is residing in an apartment building that developers want to destroy in order to bring gentrification to the area. Read more about this exciting project at the Mott Haven Movie website.

We couldn’t be more excited about this year’s lineup for the Tales of Our Cities Book Festival!
Take a look at the schedule and plan your visit! No matter what time you come to the festival, you’re sure to find something amazing happening!